I am part of a group coaching program that regularly does “Innercise” challenges.
Last year, during one of these challenges, I had a vision pop up in my mind. The experience was so powerful that I decided to make a mini vision board. The board represented a deep desire for key achievements.

Almost immediately afther the exercise, I felt a tinge of fear it was as if a part of me felt like the vision was too big. That is always the AHA moment! I’m glad to say, that I felt the fear and did what I had to do decided to take advantage of the opportunities as they presented themselves. Because I said YES to the vision, I have had the opportunity to produce a local T.V. show. My friend Nina Womack and I have been very busy co-producing the first episodes of Let’s Be Whole, a holistic lifestyle show that features amazing people from all over the world.

We have learned so much and still have so far to go on our journey of sharing the ways of lightworkers and wellness practitioners! This is our official promo trailer and we look forward to bringing you the best in holistic lifestyle entertainment.

If you would like to suggest a subject or if you have a natural product line or are in the wellness industry and want to be on the show, send us a FACEBOOK message or email to [email protected] Stay tuned for the full episodes of the Let’s Be Whole Show soon! Peace and Blessings.
This film is a sound healing experience and a collaboration between Ashley G Garner and Aluria (Aries Lopez):

Ancient tuning practices used a 6-tone tuning scale known as The Solfeggio Frequencies that featured pure intervals between every note that lead to a much purer sound. These frequencies were used in Ancient Gregorian Chants, and because the music held mathematical resonance, the frequencies were capable of spiritually inspiring mankind to be more ‘Godlike’.They are said to have the capacity to affect matter, consciousness,and to open up a channel of communication with the Divine.

The tuning practice adopted for western cultures from about the 16th century and used today is known as “Twelve-Tone Equal Temperament”. According to Joachim Ernst-Berendt, the 12-Tone Equal Temperament mis-tunes all consonant intervals except the octave. Our modern scale can create situations such ‘boxed-in’ thinking, stuffed and suppressed emotions, fear-based or lack consciousness.

Musical Score focused on 6 looping songs based off of the Solfeggio frequencies in an effort to return our body, mind and spirit to perfect harmony and balance our energy.

The first of these films is based off of UT 396 Hz. This frequency cleanses the feeling of guilt, which often represents one of the basic obstacles to realization, enabling achievement of goals in the most direct way. The ‘UT’ tone releases you from the feeling of guilt and fear by bringing down the defense mechanisms. 396 Hz frequency searches out hidden blockages, subconscious negative beliefs, and ideas that have led to your present situations.

I must confess my additction to superfood shakes. I make or purchase SOME form of shake every day. Some of the combinations have been delicious and some… well not so much.

Today, I made an ACAI (frozen and available at Costco), Antioxidant berry mix plus addition
Blackberries (the frozen mixes available at Costo as well) Kale (farmers market fresh) and Spirulina (organic powder available on Amazon).
The result looked like petroleum oil…
(When serving kids, looks matter and my kids didn’t want any part of this. For a shake that is a total kid pleaser check out Trinity’s Purple Passion or the Think Green) The Spirulina has an almost fishy smell, so I use half a tablespoon for an entire blender. The sweetness from the antioxident berry mix, which includes cherries, helped cut the bitterness from the kale (I only used 3 leaves). It was not THE MOST delicious of my shake recipes but it was in no way as bad as it looked!!! Next time I will use blueberries instead of blackberries.

The berry, spinach and kale shake I ordered last week at Whole Foods on the other hand… Well it would have been fine but I added tumeric and wheat grass. The wheat grass KILLED it for me and I hardly made it through the 12 oz cup. Wheat grass is too overpowering a flavor for me. I understand now why people do it as a shot. I am now 47. I slowly gained 20 pounds in the last five years and I am happy to release them using the healthy tools I have acquired over my lifetime. Wheat grass, will probably NOT be a part of my journey. 🙂

So, why do I obsess over these superfood shakes? Because superfoods are AMAZING. Check out Dr. Mercola’s infographic below.

I will be sharing more of my successes and failures with you in future posts. In the meantime feel free to discover the healthiest superfoods you can eat and learn why they’re super good for you on the Mercoloa blog post “7 Superb Superfoods to Power Up Your Life.”

Operation Hydration started out as a simple mission to do something good. We just wanted to hydrate the homeless in Los Angeles during the summer of 2016. The project grew beyond our wildest expectations and a full documentary is now part of the Department of Cultural Affairs, City of Los Angeles as a Public Art project. Operation Hydration has served hundreds of cases of water in over 10 cities across the nation!!! The Let’s Be Whole team is blown away by the efforts of all the people that have stepped up to serve and WE LOVE being part of this mission to Hydrate the Homeless. We have met people from all walks of life and we all feel that the gift of service is like no other.

Operation Hydration in Pomona was exceptional. @cholapinup facilitated this event and the collection and pass out of over 50 cases was incredible. Pomona’s homeless situation is dismal. There are families that live out in the hills. It doesn’t matter to me where you have been in life.we all have a story… What matters to me is your heart. Thank to those who participated in this mission. I love showing the world the beauty of my community!

I made this a while ago in order to address the question of being a woman these days. These days we are working and tending to the needs of our partners, our kids, our parents, our siblings and other family members. We are serving in our community and trying to take care of ourselves body, mind, and spirit. We are expected to be wonder women but many of us just find ourselves wondering… HOW THE #[email protected] DO WE DO THIS?!!

If this is you, I hope this helps. 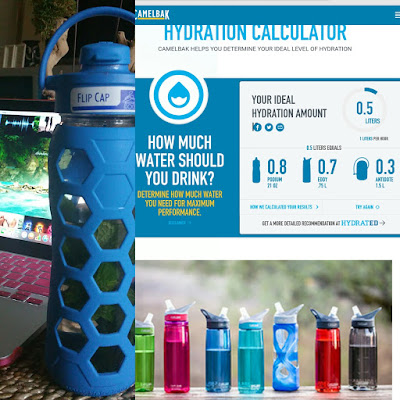 I like starting off my morning with infused water. I have always loved water but I was surprised to find that for my age, body weight, physical activity level and weather conditions, I was drinking only HALF of my personal daily requirement! To find out how much water I should be drinking, I used the hydration calculator at Camelbak.

I took on the challenge of drinking more water by expanding my base of “go to” infusions. So far, I have used ginger, citrus, berries, mint and cucumber but there are UNLIMITED possibilities. Check out http://www.infusedwaters.com/ for some great tips and recipes.

I bought this wide-mouthed water bottle and LOVE it but a mason jar or other recycled GLASS jars would work just as well to make the same kinds of delicious infused waters they serve at spas.

The other side of disappointment.

What is she TALKING about?!!!